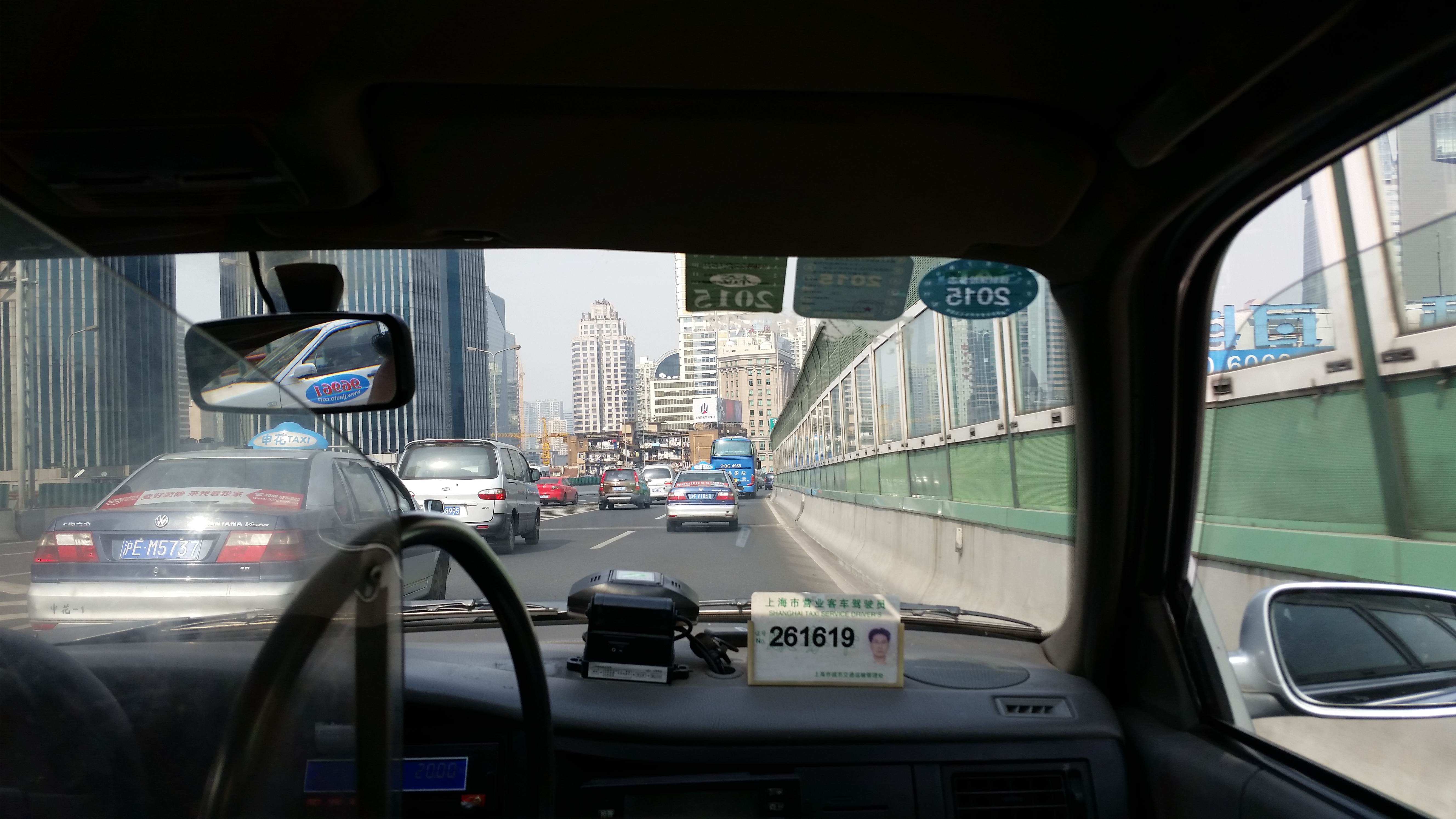 Taxis in China are dirt cheap compared to America. I took taxis everywhere I went in Beijing and Shanghai. I think the most we ever paid was for a trip that took an hour to the airport and it was basically $60 US for two people. Most of the cab rides around the city cost $3-$8. It’s a very cheap easy way to get around.

How do you use a taxi? Well, pretty much none of the taxi drivers spoke English. They are used to driving around us non-Chinese speakers however, as long as you think ahead. Pretty much all of the hotels we stayed at had a concierge desk operated by an English speaking native. We would discuss with them where we wanted to go, we’d get it marked on our map (GET A MAP!!) and then they would write the destination on a card in Chinese for us. This was so we could show it to the taxi driver. That’s all you need to get somewhere. The cards they write the locations on usually have the hotel name in Chinese (or you should get one before you leave) so you can use that to get back to your hotel at night. I took more than 20 cab rides, it’s easy.

Now, driving in China is a little bit nuts. I for one would not rent a car and drive myself. The horn is used, all the time. Especially by the taxi drivers. Lights green? HONK. Someone should be turning? HONK. I want over. HONK HONK. Could you give me an espresso with that? HONK. You get the idea, it’s pervasive and part of the culture. It’s not angry. It has to do more with trying to drive around a city with 20+ MILLION people living in it. There is always traffic and if you are not super quick about lane changing or moving, honks ensue.

Another part about driving, lane changing is fluid and by that I mean lanes are sort of guidelines. Cars switch around all the time, the taxis the most busy, moving around someone turning at an intersection by cutting over into a lane in front of the car next to them with inches to spare. At first, I was a little nervous, but after awhile you realize that they do this all day every day. They are so used to forcing cars into places and cutting across lanes that they are pretty dang good at it. After driving around so much in a cab, I felt like driving myself would only lead to lots of honking and likely an accident.

In summary, cabs are cheap and easy to use if you plan ahead by having all of your destinations written in Chinese by the hotel concierge (including your hotel so you can get back). Also, driving is nuts compared to the US. But it’s an orderly “rules within the chaos” sort of nuts you get used to pretty quickly. In Shanghai especially, it’s a great way to see the city, the roads are elevated in several places and you can really see some of the cool architecture.

I’ll talk about the subway in the next post. Even cheaper!