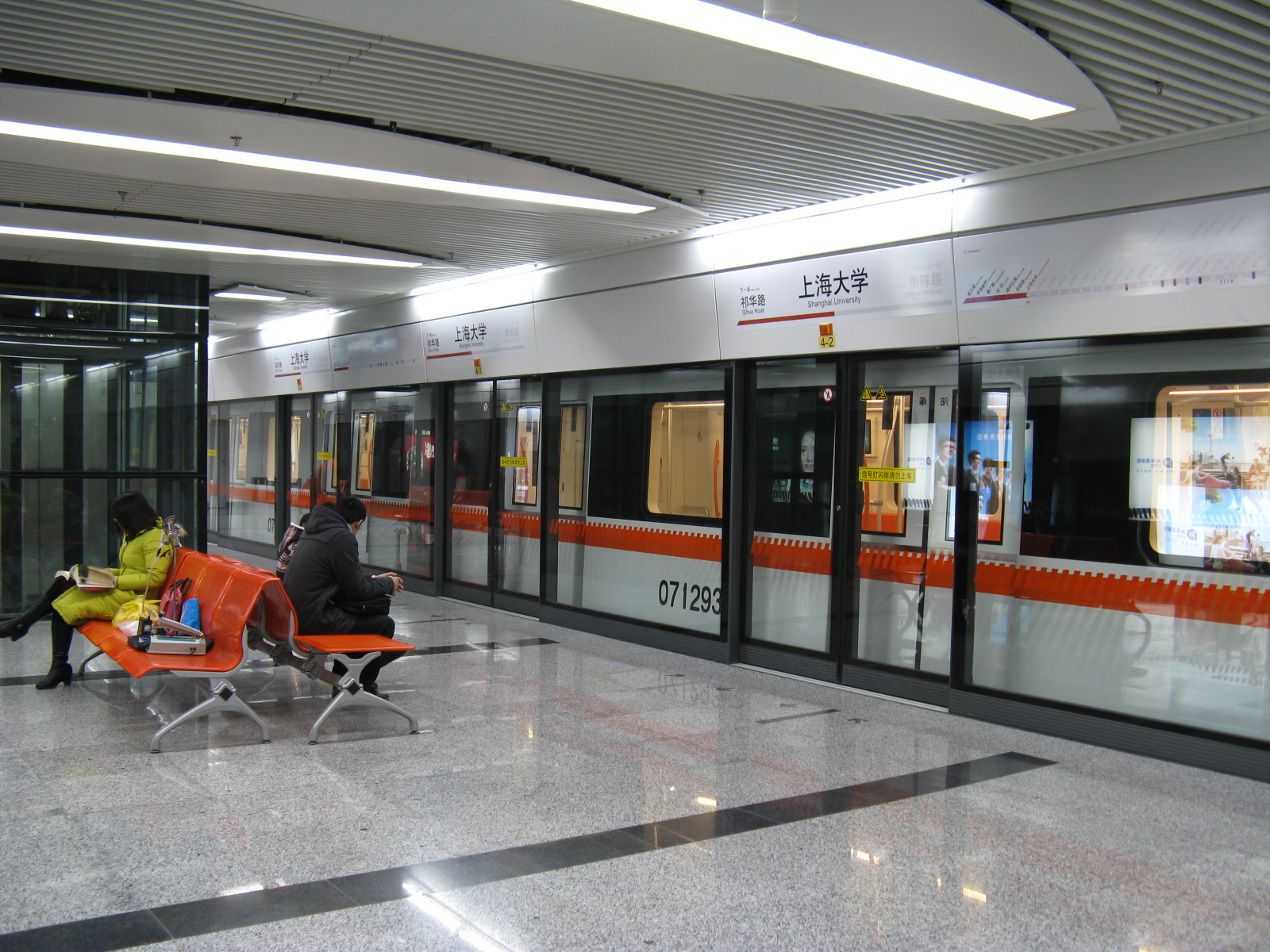 The Subway in China

At first, we avoided the subway/metro system. We weren’t sure it would be navigable without reading Chinese. Since taxis were so cheap, we figured why bother? Well, because the metro is even cheaper. If cabs cost $3 to get somewhere, the metro costs 50 cents.

We were told by someone we worked with about the metro and how it was actually very easy to use. We gave it a go, we had been walking a fair amount (okay, a lot, almost 14 miles one day!) so it was worth a shot. We dropped down into the underground and guess what, it’s just like any other subway system, at least in Shanghai. You have a ticketing machine, you tell it what stop you want to go to, you select how many tickets, you pay, you go.

The ticketing machines are all in Chinese at first and I was a little worried, oh crap, what did I get myself into? After scanning the screen, I found the “English” button and low and behold pinyin (Chinese characters) became English. We were off to the races! Actually, we were off to a shopping area to shoot some footage but I digress. Once we had selected our stop, which was very easy to pick out on a digital map, all in lovely English, we got our two tickets, paid our 50 cents and went through the turnstiles. Now, here you put your ticket into the slot and it pops back up as you go through. YOU NEED TO KEEP YOUR TICKET TO GET OUT OF THE STATION! So be sure to keep the ticket in your pocket for when you get to your stop. We went to our platform, which was in Chinese and English (very easy) and got onto our train. Now, despite what you may or may not think, the trains are just like ours, modern, nice, and Chinese people like their space just like we do. It was an easy ride on a semi-busy train. After we arrived, we politely pushed our way off the train (it’s okay to push gently) and went back up to the station. There we put our tickets (because you need them to exit!) into the turnstiles and moved on through. You don’t get your tickets back on the way out so, if you need a receipt and can’t figure out how to get it out of the machine, take a picture with your phone.

That is the metro experience in Shanghai. It was very normal and very possible even for my non-Chinese speaking self.

One thing to note, the metro is WAY faster than taxis, especially during rush hour. This in turn can save you even more money if you wish, although you may not be able to sit on a train during rush hour. At least you get to sit the whole cab ride, 45 minutes though it may be.